Parallel Paths – Not necessarily a coincidence

Steven Staub was raised in a small community. When his father finally conceded that he could not teach Steven to draw, he instead taught him the value of work by letting him sweep out the family hardware store on Saturdays.

Buddy Stewart was raised on a farm in Mississippi. He contributes his work ethic to growing up in this environment. “My Father always told me that if you tell someone you are going to do something, then do it. I know it sounds like a simple philosophy but I think it is an important one,” Stewart says.

Steven started working in the hardware store at age 14 and in the family-owned construction company shop from ages 15-17 before joining a crew working in the summers while attending Itawamba Community College and Mississippi State University.

At age 17, Buddy worked for a building supply store and ventured in to small construction jobs on the side. During his time at Mississippi State University, studying engineering, he worked summers on commercial and industrial construction project sites.

In 1986, Steven joined JESCO as an estimator, working his way up the ladder to Vice President and Division Manager for JESCO’s Mississippi-Construction-Engineering Division.

Steven enjoys riding down the road spotting projects and thinking “we built that” like the new Mississippi State University Baseball Stadium, the PACCAR engine plant in the Mississippi Golden Triangle and the PECO Foods processing project in Arkansas.

Buddy’s vision is to service clients such as the Volvo and Mercedes plants recently completed by JESCO in South Carolina to the 1.4 million square foot facility Mercedes NAFTA Distribution Center nearing completion in Alabama. This along with a future Mercedes project culminate the importance of repeat business.

Steven’s construction-engineering division has been in operation since the founding in 1941 and today continues its tradition of designing and constructing manufacturing facilities. Just as in the past, JESCO’s differentiator is its experience and ability to self-perform many of the divisions of a construction project. JESCO hardhats dominate the landscape on their building projects.

JESCO’s C-E Division focuses on Automotive, Aviation, Food Processing, and Metals sectors. Most of the work they complete falls into these categories. Recent completed projects for JESCO-MS include Traxys Cometals (Metals) and S&A Industries (Tier I Auto). They are finishing up a food processing project for PECO Foods and was just recently awarded their fourth project for North American Lighting (Tier I Auto).

Buddy’s JESCO M&E division is a leader in both the design and implementation of commercial and industrial projects. This includes Design/Engineering, Underground Piping Systems, Plumbing and Process Piping, Heating, Air Conditioning and Ventilation, Building Automation Systems, Electrical Controls and Instrumentation, Electrical Distribution Systems, Lighting Systems, and Maintenance and Service Work. Recent projects include the Volvo Cars Plant, winner of an ABC Design Excellence Award from the Alabama chapter, and the Mercedes-Sprinter Van Project both constructed in South Carolina. The M&E team is also proud to have been awarded the FedEx project in Memphis.

In addition to his leadership role with ABC-AL, Buddy is focused on continuing the growth at JESCO M&E. “We want to continue growing our work by supporting our existing and future clients with the quality of work that meets both ours and their expectations.”

One thing is clear, JESCO’s Stewart and Staub will continue to leave their mark both on ABC and JESCO Inc. Construction. A legacy of steward leadership and hard work from two guys who are really immersed and care about the construction industry. 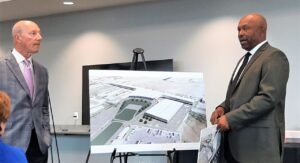 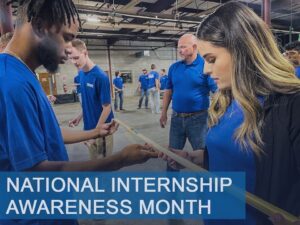